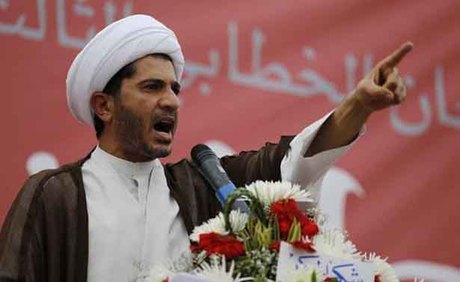 The Bahraini police on Saturday summoned the head of the main Shiite opposition faction for questioning, the group said, as tensions persist in the Sunni-ruled kingdom.

The summons was delivered to Ali Salman's house in the morning, the opposition al-Wefaq association said in a statement, adding it was not clear why he was being called in for questioning.

"It is believed to be part of a campaign of political blackmail and revenge against the peaceful opposition that is demanding democracy and rejects tyranny," the statement said.

The summons comes just over a week after al-Wefaq's leading figure Khalil Marzooq was released from jail at the opening of his trial for inciting terrorism.

Marzooq, a former MP, was arrested in September after being summoned for questioning and later charged by the general prosecutor with "promoting acts that amount to terrorist crimes."

On September 29, a court sentenced 50 Shiites including a top Iraqi cleric, to up to 15 years in jail for forming the February 14 Coalition clandestine group, which is blamed for most of the confrontations between security forces and members of Bahrain's Shiite majority.

The group is believed to be the main force behind a month-long protest that erupted on February 14, 2011 before it was dispersed in a mid-March deadly crackdown.

At least 89 people have been killed in Bahrain since the Arab Spring-inspired protests erupted, according to the International Federation for Human Rights.

Bahrain, a strategic archipelago just across the Gulf from Iran, is the home base of the U.S. Fifth Fleet and Washington is a long-standing ally of the ruling al-Khalifa dynasty.

notice the finger..... that waving finger. The trade mark of ashraf el ness

they are summoning him becaseu they are a group of tyrants who preach democracy for Syria but have no problem leading a gulf army into Bahrain to kill shias for the exact same thing they are preaching for in Syria..so before you start with sarcasm maybe you should read up on the facts

and there are people like fero who want for the bahreinis what he denies the syrians....