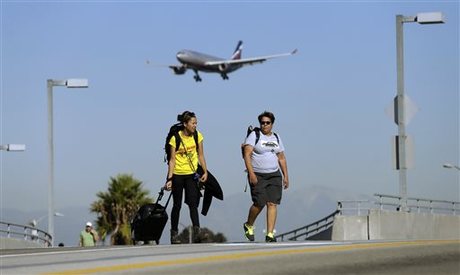 A small alligator found under an escalator at Chicago's O'Hare International Airport has left authorities puzzled.

A maintenance worker discovered the alligator, which is about a foot (30 centimeters) long, on Friday in Terminal 3, Chicago Police spokesman Jose Estrada said Sunday.

An officer captured the reptile by putting a trash can over it.

"We don't know where it came from or how long it'd been residing in the airport facilities," Estrada said. "It's one of those random incidents."

The gator is now being cared for by the Chicago Herpetological Society.

"It was in pretty bad shape," said Jason Hood, the group's president. "We're trying to get it healthy and find a place for it."

He said the gator would likely head to an out-of-state alligator farm once authorities give the organization the all-clear to release the animal.