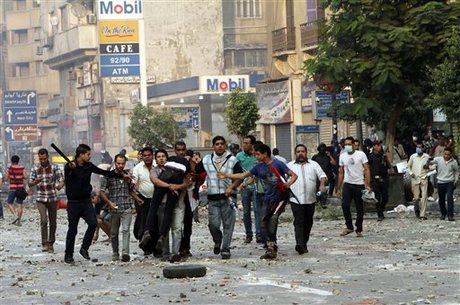 The protesters had been calling for Morsi's return after he was overthrown and imprisoned by the army on July 3.

Dozens more were also killed on August 14 in the capital's Nahda Square when police and troops dispersed a similar sit-in.

Abdul Hamid said the death toll was based on forensic details collected by several morgues in and around Cairo. It does not include security forces' casualties.

Egypt's military-installed authorities are engaged in a campaign against Islamist supporters of Morsi, which has also seen more than 2,000 people arrested since August 14.

Morsi himself has been put on trial for charges related to deaths of protesters during his presidency.

Protesters calling for his removal had accused Morsi of working for the sole benefit of his Muslim Brotherhood, ruining an already dilapidated economy and monopolizing power after the 2011 uprising that toppled long-time ruler Hosni Mubarak.