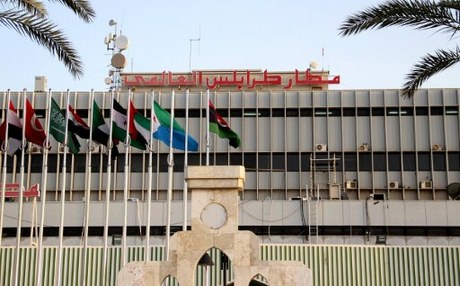 "The vice president of intelligence was abducted shortly after his arrival in Tripoli from a trip abroad," said the official, who declined to be identified.

Contacted by AFP, an intelligence source confirmed that Nuh had "disappeared", but did not elaborate.

Private television station Al-Naba quoted a witness who escaped the abduction as describing the incident.

Former rebel commander Ala Abu Hafess told the channel he was in a car with Nuh when armed men ambushed them as they were leaving the airport.

The gunmen forced them out of their car and into another vehicle, Abu Hafess said, adding that he was able to flee by jumping out of the car.

Nuh was driven off by his captors, he added.

There was no immediate claim for the abduction, which came amid high tension in Tripoli where more than 40 people were killed and hundreds wounded when city residents rebelled against a militia.

The violence erupted on Friday when protesters, urged by local official to demonstrate peacefully against unruly militias, marched on the headquarters of a group from Misrata and were shot at from inside.

Nuh is from Misrata, Libya's third city and scene of some of the worst fighting in the 2011 uprising that toppled and killed veteran strongman Moammar Gadhafi.

The violence that raged into Saturday was the deadliest in the capital since the revolt and left 43 people dead and more than 450 wounded, according to the health ministry.

A three-day strike to mourn the dead began on Sunday, with most shops and business closed along with banks, schools and universities.

The weak central government has struggled to rein in former rebel brigades that helped end Gadhafi's 40-year dictatorship but have since grown into increasingly menacing militias.

Libyan Prime Minister Ali Zeidan was himself abducted for several hours by gunmen in October before being released unharmed.

A security chief claimed responsibility for the abduction and said he was "proud" of it.