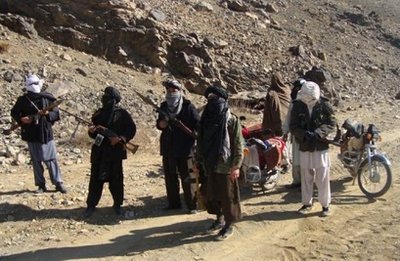 The men were dragged from their car in the Pashtun Kot district of Faryab province, which borders Turkmenistan, before being gunned down, provincial police chief Nabi Jan Mullahkhail told AFP.

"They were traveling in a car from (the provincial capital) Maimana to Almar district," he said. "They were chased by Taliban suspects and their car stopped in Pashtun Kot."

ACTED (the Agency for Technical Cooperation and Development) condemned the killings and clarified the death toll at six after local officials earlier said seven people had died.

"Six Afghan employees were killed following an ambush that targeted a team of seven people. One person was injured," ACTED spokesman Adrien Tomarchio said in a statement from Paris.

"They were killed in the course of their work to support development in the north. We deplore the deaths of our colleagues while they were carrying out their duties.

"Today our thoughts are with the families and relatives of our lost colleagues and to our teams in Afghanistan."

ACTED is a non-governmental organization founded in 1993 that runs reconstruction projects in Afghanistan and across the developing world.

It runs 34 projects in Afghanistan, and last year had 864 local staff and 13 international staff in the country, according to its website.

Faryab provincial governor Mohammadullah Batash appealed for ACTED not to pull out of the region.

"ACTED is one of the most active organizations in Faryab, conducting many development projects, including on education issues," he told AFP.

"We will do our best to bring the perpetrators to justice. I hope the ACTED continues its activities in our province."

The Taliban, who have fought a guerrilla war against the US-backed Kabul government since being ousted from power in 2001, were not immediately available for comment.

Northern Afghanistan is generally more peaceful than the south and east of the country, but Islamist insurgents, rival militias and criminal gangs are active in many districts.

A French employee of ACTED was held hostage in Afghanistan for more than two months earlier this year before being safely released.

He was taken captive in Kabul when the unmarked ACTED car he was traveling in to work was blocked by another vehicle. Four armed gunmen then dragged him from the car.