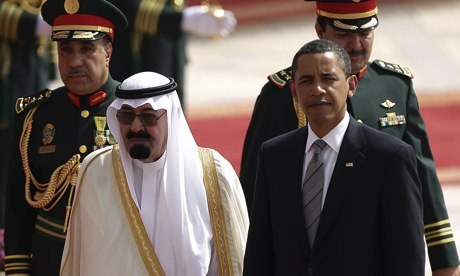 The landmark accord, which would curb parts of Iran's nuclear program in return for some relief from international sanctions, has received only a cautious welcome from Riyadh, which fears Tehran's regional ambitions.

Obama and the monarch discussed "bilateral links between the two friendly countries, developments in the region, and issues of mutual interest," state news agency SPA said.

Saudi-U.S. ties have become strained over Riyadh's unhappiness with Washington's policies on Syria and Iran.

Sunni-ruled Saudi Arabia has been locked in a decades-long rivalry with Shiite-dominated Iran.

In reacting to Sunday's accord, the Saudi government said it could mark the first step towards a comprehensive solution for Iran's nuclear program, "if there are good intentions".