Nepal to Measure Up Mount Everest 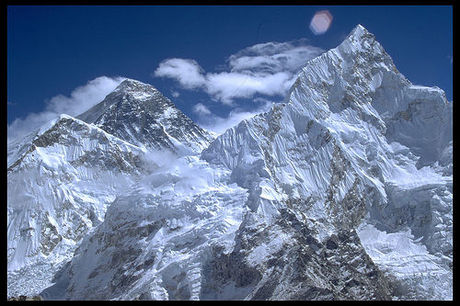 Nepal's government has ordered a new measurement of Mount Everest to determine exactly how high the world's highest mountain is, an official said Wednesday.

Nepal has continued to recognize the decades-old measurement of 29,028 feet (8,448 meters). However, there have been other claims recently by China and western climbers.

Land Reforms Ministry spokesman Gopal Giri said that the government decided last week during its annual budget speech to take the new measurement. The plans are being put in place this week and the work will entail placing a device on the peak that will measure the height using satellite technology, he said.

Stations will be set up in three different locations using the global positioning system. The task would take two years, he said.

Everest has been climbed by thousands of people since it was first conquered by New Zealander Edmund Hillary and his Sherpa guide Tenzing Norgay in 1953.