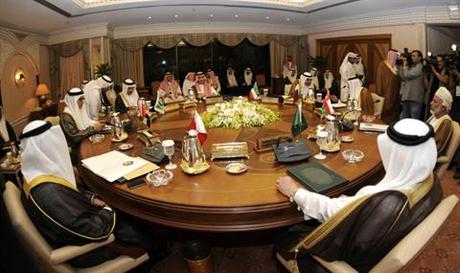 Democracy activists on Monday urged the Gulf Arab monarchies to undertake wide-ranging political reforms including the establishment of elected parliaments and constitutions and allowing political parties.

"The Gulf people should be allowed to elect their representatives in a democratic way and through a direct ballot," said the liberal Gulf Forum for Civil Societies.

Such elections should also lead to the establishment of parliaments with supervisory and legislative powers, it said in a statement.

All the states of the Gulf Cooperation Council -- Bahrain, Kuwait, Oman, Qatar, Saudi Arabia and United Arab Emirates -- are ruled by monarchies with almost absolute powers, controlling all key government positions and with rulers having the final say in internal and external affairs.

The group sits on about 40 percent of global oil reserves and a quarter of natural gas deposits. Together they pump just under a fifth of world crude.

Only Kuwait and Bahrain have elected parliaments but their powers are limited.

Members of Saudi Arabia's consultative Shura Council are appointed by the king, while the remaining three states have partially elected bodies with very limited powers.

The Forum includes dozens of liberal intellectuals, academics, writers and rights activists drawn from all the GCC states.

It also called for allowing political parties, the people's participation in decision-making and an end to the monopoly of the ruling families on key ministerial posts.