Jumblat: Aridi Belongs to a Party, Can't Act on His Own 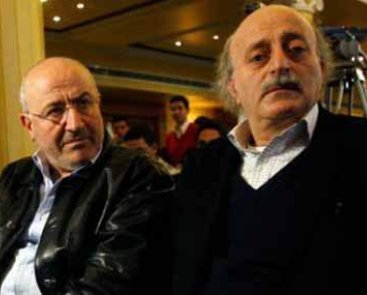 Progressive Socialist Party leader MP Walid Jumblat on Monday noted that resigned Public Works and Transport Minister “cannot act on his own,” after the latter said he was stepping down from his duties in the caretaker cabinet.

“Aridi belongs to a party and he cannot act on his own,” Jumblat said in an interview with LBCI television.

“The party will issue a statement after calmly discussing the circumstances of what he announced during the press conference,” he added.

LBCI said Aridi had taken his decision to withdraw from political life on Wednesday and that contact with Jumblat had been severed “since more than a week ago.”

Meanwhile, al-Jadeed television quoted Jumblat as saying that “a statement will be issued by an official source in the party tomorrow and it will include a response and a clarification of Aridi's remarks.”

Earlier on Monday, Aridi announced his resignation from the caretaker cabinet in light of recent corruption allegations, saying he will "take a break from politics.”

Y is that? was it junblat's party who got investigated or the minister himself? the minister seems 2 have a sense of pride unlike his party leader. right?

they are all partners in stealing the country's wealth.
do not exempt any of those so called officials :)
even those who appear as being whistleblowers or reformists, they tend to be the worst of the lot :)

first who is "they" ? and second, what resemblance? resignation & not running for PM? call that a "certain resemblance"??
sounds like aridi is trying to imitate m14, invoking rafik hariri's name as a blanket of victimization and protection on himself.

Signs of dicontent within their ranks. His ministry was a big money cow for their party I guess.

he's got pride unlike his partners in the cabinet. the other ministers swallow people's spits as long as they can fill their pockets.... look at them.

you know what they say, the durzi is the closest to a jew. jumblat and his gang are a perfext example.

walid el ikta3i "Aridi Belongs to a Party" ... he thinks that Aridi and others are his property! we have to take down all our wearing ties dictators.. starting with joumblat berry nasralla aoun geagea gemayel Hariri and clean sweep our country! otherwise we deserve it!

Why are you still alive ashrafieh?