Ban Vows to Keep U.N. in Afghanistan despite Attack 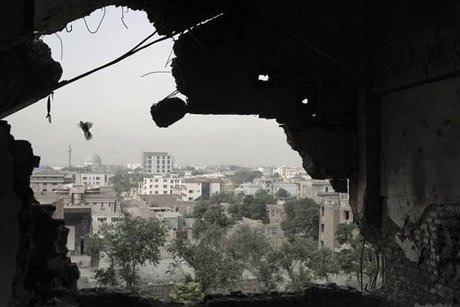 U.N. leader Ban Ki-moon vowed Saturday that the United Nations would maintain its work in Afghanistan despite a Taliban suicide attack that killed four of its staff.

The four were among 13 foreigners and eight Afghans who died when Taliban suicide attackers set off a bomb at a popular Kabul restaurant.

"This is another sad moment for the United Nations where our distinguished four colleagues have been killed by a terrorist attack in Kabul," he said in New York.

While condemning what he called a "reckless" terror attack, Ban said the world body would not be deterred from its work in Afghanistan, where it is helping the government organize elections as international troops withdraw.

"As the United Nations mourns this terrorist attack and its victims, we remain committed to work for the peace, stability and development of Afghanistan," the secretary general said.

"We fully support the transition of Afghanistan toward a better future in peace, development and security," he added.

The U.S. ambassador to the United Nations, Samantha Power, slammed what she called a "craven attack."

But she added in a statement that "the United States and the international community will not waver in its commitment to stand with the people of Afghanistan."

The United States has promised to keep up its assistance to Afghanistan.