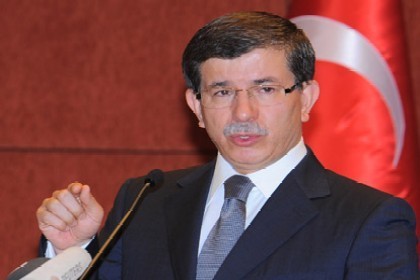 Turkey urged the Syrian government Sunday to halt deadly attacks on civilians and use peaceful methods to end the unrest.

"Turkey one more time repeats its call for the Syrian government to stop the (military) operations and choose political methods, dialogue and peaceful initiatives for a solution," the foreign ministry said in a statement carried by Anatolia news agency.

Human rights organizations said nearly 140 civilians were killed on Sunday as the Syrian military attacked protesters in the city of Hama and other regions.

"Those (military) operations will not bring a solution," the foreign ministry said.

The bloody crackdowns on civilians cast doubt on the Syrian government's "determination and sincerity to solve the issue by peaceful means," the ministry said.

Ankara, whose ties with Damascus have flourished in recent years, has stepped up pressure on Syrian President Bashar al-Assad to initiate reform but has stopped short of calling for his departure.

But Turkey is showing mounting frustration with his foot-dragging on reform.

Last month, Prime Minister Recep Tayyip Erdogan accused Damascus of perpetrating an "atrocity" against demonstrators, Ankara's harshest criticism of the crackdowns, which according to activists, have claimed more than 1,400 civilian lives.

Turkey is the new farter of the region.
What are you going to do? that's what we want to hear.
Not your deception and invitations for calm!!!
Let's see if you're really up to the challenges of the 3rd millenium and if you really are a regional power. For now all you say or do is drat 3a blat!

How about an incursion and clean the messy carnage of the butcher of Lebanon and Syria ?