New Round of South Sudan Talks to Open in Ethiopian Capital 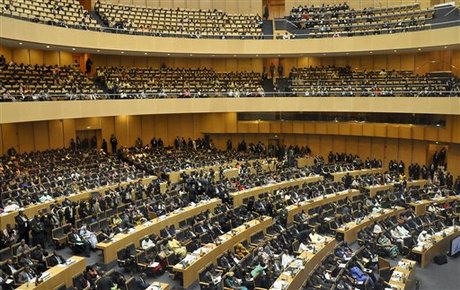 South Sudan's government and rebels are to open a new round of peace talks in the Ethiopian capital Monday aimed at ending their nearly two-month-old conflict, negotiators said.

The two sides agreed to meet again for a second phase of negotiations on a political agreement designed to address the root causes of the conflict.

"The second round of the South Sudan negotiations focusing on political dialogue and national reconciliation will officially be launched Monday," IGAD, the regional grouping that is helping mediate the talks, said in a statement.

Seven South Sudanese political figures, who were among 11 arrested in Juba when the fighting broke out in mid-December and who were freed at the end of January, will take part in the talks, IGAD said.

The detainees had been a major obstacle to progress in the first round, and the fate of the four is set to come up again in the latest talks.

"We are still requesting, or demanding, the release of the remaining detainees," rebel spokesman Yohanis Musa Pouk told AFP.

He said the rebels would also request that someone other than Kiir should lead the country until elections are held in 2015.

"We should have an independent person that can lead the government until we go to elections. President Kiir is not the right person at this time," he said.

Pouk also said he was not optimistic about the success of the negotiations "because we know that our government is not serious about the talks."

During the two-week break in discussions IGAD said its mediators briefed the heads of state of member countries and sought their advice.

The first IGAD monitors, tasked with checking that the ceasefire is indeed implemented, were also deployed. The ceasefire, however, has already been broken several times.

The conflict has left thousands dead since mid-December and has caused close on 900,000 others to flee their homes.