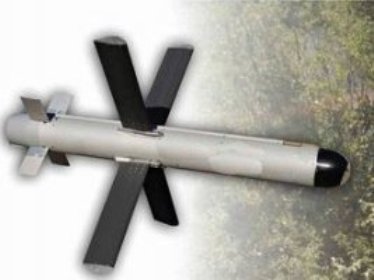 The Israeli Army Artillery Corps has said it introduced major improvements to the advanced Tammuz missile, describing the new version as “a strategic surprise and deterrence force against the enemy in any coming war.”

The artillery corps described the improved missile, whose older type was used in the July 2006 war against Hizbullah, as the “most advanced and accurate in the world.”

The Tammuz missile can be fired by fighter jets as well as unmanned surveillance aircraft.

Very impressive on paper. Can't wait for Israel to test it on live targets. The choice is your Netanyahu, Tehran, Damascus, Beirut suburbs...

Or of course, Benzona's mother's cunt. It won't be the first time the jews have been there of course.

Unfortunately, this has already been tested and refined in Lebanon. ONLY 1400 civilians were killed. We were lucky!

Unfortunatly if he tests this inocent children will die too, I wish Husballa would have some sence and leave Lebanon and go to Iran since Iran is backing them up why are they in Lebanon, Its like who ever wants to create war goes to Lebanon, eh 7ello 3an Lebnen ba2a ray7ouna enough is enough

Hizbullah Militia Artillery Corps has said it introduced major improvements to the advanced SHIT missile, describing the new version as “a strategic surprise and deterrence force against fellow Lebanese in any coming war.”

The artillery corps described the improved missile, whose older type was used in the May 7 war against peaceful innocent civilians, as the “most advanced and accurate in the world.”
The SHIT missile can be fired by Hizbullah thugs as well as uneducated Amal scum bags.

Well, Both ends of teh struggle are gaining more then they are loosing. 30 Billion USD for the Israelies and GOD knows how much for Hizbullah from Iran. The victims?? Us as usual. I doubt that anyone would like to see that issue resolved. When Anti Hizbullah politicians talk about resolving Chebaa farms diplomatically, Nassrallah says that the Weapons will only be delivered once Palestine took all it's territory back. Everyone knows that this is impossible. He also adds"If the Lebanese Armed forces will have the power to defend us from any aggression, then we will deliver and let go our arms and weapons" USA gives us rusty weapons and artillary France, Syria gave us ammunitions for our M16s and 155 artillary barrage, and france gave us helicopters with no missiles whatsoever. Anyone thinking what i am thinking? :)

This dramatic strategic change as well as many others introduced by Israel as well as Iran prompt all the lebanese to sit on one table. We can not destroy the party of God this is irrational, the military wing of Hezbollah should start changing its nature. First the government should introduce the military fee obligation upon all lebanese in order to ensure the resistance do not need to kiss anybody's back to afford weapons. Then all the financial matters of the resistance should come under heavy scrutiny of the state and third we need to impose military service for the resistance in order to shift from a shiite group into a lebanese group. The leadership of the resistance should answer directly to the military command of the lebanese army and finally there should be a national agreement that any aggression wherever it comes from and no matter its nature is considered hostility and then the perpetrator becomes an enemy. Believe it or not this is the only way

Hey there! Do you know if they make any plugins to akdfadffgebd