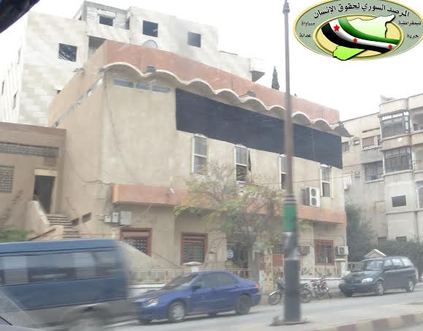 Jordanian Islamist cleric Abu Qatada, on trial for terrorism, lashed out Thursday at jihadists in Syria for imposing a special tax on Christians under their control, saying their ideas were "distorted and extreme."

"The tax imposed by the Islamic State of Iraq and the Levant on Christians in some areas in Syria is not acceptable," Abu Qatada told reporters during his trial in Amman.

Christians living in the provincial capital of Raqa, under ISIL control, will now have to pay the levy, known as jizya, as part of an alleged agreement for their protection announced Wednesday.

Abu Qatada said the jihadists' "ideas are distorted and extreme."

"ISIL cannot protect Christians because they are not in charge... they are still fighting," he said.

ISIL said wealthy Christians must pay the equivalent of 13 grams (half an ounce) of pure gold, middle-class Christians pay half that sum and the poor a quarter of it.

Jizya was a poll tax imposed by early Muslim rulers on Christians and Jews in lands they conquered in exchange for allowing them to continue practicing their religion.

These people were also usually prohibited from carrying arms, serving in the army, displaying symbols of their faith, or building or repairing places of worship.

The Raqa "agreement" included such provisions as prohibiting Christians from displaying a cross or "anything from their book" anywhere in a Muslim's path or in markets," or using "megaphones to make their prayers heard."

Raqa was once home to some 300,000 people, less than one percent of whom were Christian. Many Christians fled the city after ISIL started attacking and burning churches.

Abu Qatada, a Palestinian-born preacher, was condemned to death in absentia in 1999 for conspiracy to carry out terror attacks. The sentence was immediately commuted to life imprisonment with hard labor.

After being extradited from Britain, he is being retried in both the 1999 and 2000 cases and has pleaded not guilty to all charges.

The court adjourned the trial until March 6.