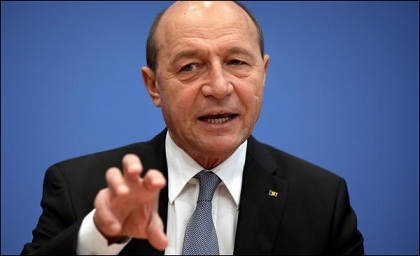 Traian Basescu said he would discuss the crisis in Ukraine, which shares a border with Romania, with world leaders meeting in The Hague.

He will stress "the need to reposition NATO's military resources following the military activities of the Russian Federation over the past months," he told reporters.

NATO's top commander said Sunday there was a "very sizable" Russian troop presence on the Ukrainian border and warned of a possible incursion into the Moscow-backed separatist territory of Transdniestr.

Basescu warned last week that Moscow would not stop after annexing Crimea and called on Western allies to be prepared for Russia's "next step."