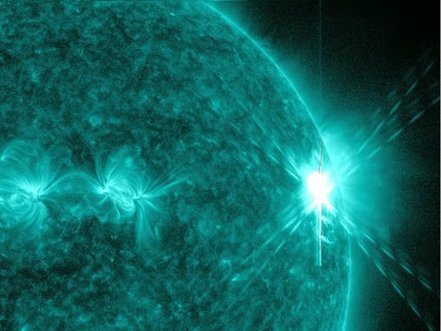 Scientists say the eruption took place on the side of the sun that was not facing Earth, so there'll be little impact to satellites and communication systems.

Space scientist Joe Kunches at the government's Space Weather Prediction Center in Colorado says there were reports of brief short-wave radio disruptions in Asia, but little else.

The sun is transitioning from a quiet period into a busier cycle. Scientists estimate there will be a spike in the number of such solar eruptions over the next three to five years.

The last time there was such a strong solar flare was in December 2006.