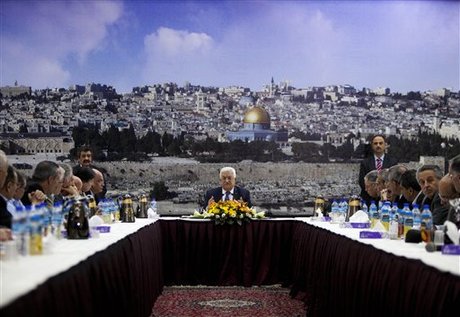 Israeli and Palestinian negotiators will meet jointly Sunday with U.S. envoy Martin Indyk, as attempts continue to prevent the collapse of peace negotiations, officials close to the talks said.

The first three-way meeting since Wednesday comes as Washington reviews its push for a peace deal after a spiral of tit-for-tat moves by Israel and the Palestinians took hard-won negotiations close to collapse.

U.S. Secretary of State John Kerry said on Friday there were "limits" to the time and energy Washington could devote to the process, adding it was time for a "reality check."

Kerry, who has engaged in more than a year of intensive shuttle diplomacy, had spoken to both the Israeli and Palestinian leaders Thursday in a bid to bring the two sides back from the brink.

But Palestinian president Mahmoud Abbas rejected his appeals to withdraw applications he signed on Tuesday to adhere to 15 international treaties, a Palestinian official said.

Israel says Abbas's move is a clear breach of promises made by the Palestinians when peace talks were relaunched in July to pursue no other avenues for recognition of their promised state.

The Palestinians say Israel had already reneged on its own commitments by failing to release a fourth and final batch of Arab prisoners last weekend, and that the treaty move was their response.

Sit Abu Mazen and Bib down in a closed room, with no communications with the outside until we see "white smoke".
They should all have learned by now that the Camp David formula is the best.