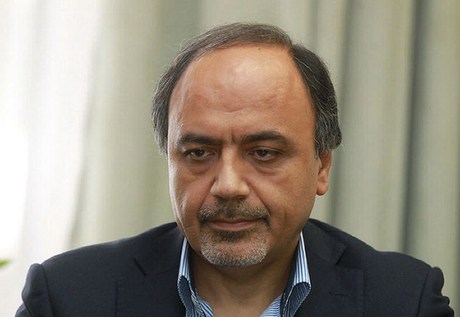 The spat over Hamid Aboutalebi has undermined a cautious thaw in relations after decades of enmity following the storming of the U.S. embassy in 1979 and the subsequent hostage crisis.

"The foreign ministry fully supports its pick and considers him an efficient, experienced and qualified person for this post and does not intend to nominate a new person," he said of Aboutalebi, who is a former ambassador to Australia, Italy and Belgium.

As the host government, the United States is obliged to issue visas to diplomats who serve at the United Nations. Aboutalebi has previously attended sessions at the U.N. headquarters in New York.

Washington has said it will not issue a visa to Aboutalebi because of his links to the students who seized the U.S. embassy just months after the Islamic revolution in 1979.

Aboutalebi has insisted he was not part of the hostage-taking although he has acknowledged that he served a limited role as a translator for the students.

The row comes as Tehran and world powers engage in negotiations aimed at transforming a temporary accord on Iran's nuclear program into a permanent agreement.

"The official mechanisms for lodging the complaint at the United Nations have been activated, and are under way," she said in remarks published on state broadcaster IRIB's website.

It is believed that the U.S. has never previously denied a visa for a U.N. ambassador, although Tehran withdrew its nominee once in the early 1990s.