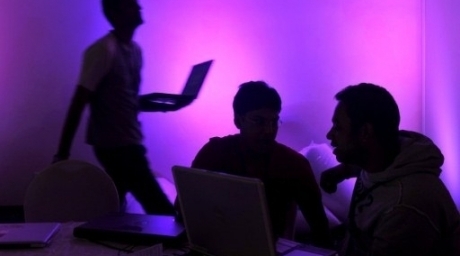 North Korea on Sunday lashed out at South Korea for accusing Pyongyang of hacking Seoul online game sites and stealing prize money, rejecting the allegations as an "unacceptable provocation."

They said some of the proceeds for the hackers-- graduates of top colleges in Pyongyang and based in northeast China-- apparently went to the North's regime.

The North has been accused of several cyber-attacks on the South in recent years, but this was the first reported case of hacking for profit.

But the North's state media described the accusation as "groundless slander" and an attempt by Seoul to justify its hardline stance towards its communist neighbor.

"The enemy party (the South) should abandon its bad habit of frequently blaming others... and should shove the cheap gimmicks," the Korean Central News Agency said in a statement.

South Korea, the world's most wired nation with more than 90 percent of homes connected to the Internet, has previously expressed concern about cyber-attacks from the North.

Seoul accused Pyongyang of staging major cyber-attacks on websites of South Korean government agencies and financial institutions in March this year and in July 2009.

In May South Korea said a North Korean cyber-attack paralyzed operations at one of its largest banks.

Cross-border ties have been icy since Seoul accused Pyongyang of torpedoing a South Korean warship with the loss of 46 lives in March 2010.

The North denied involvement but went on to shell a border island that left four South Koreans dead last November.