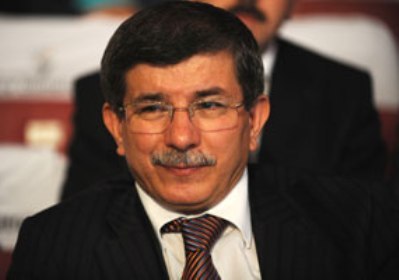 Turkey did not give the Syrian regime a grace period to carry on with its military operations, which must be stopped “immediately,” Turkish Foreign Minister Ahmet Davutoglu stressed Monday.

“Military operations in Syria have not stopped since Thursday evening,” Davutoglu said, describing the military assaults as “a blatant violation of human rights.”

At a press conference he held in Ankara, the Turkish minister noted that “Turkey is not only supporting the Syrian people, but rather all the peoples that are calling for democracy in the Middle East in a peaceful manner.”

“We will do all we can to help the Syrian people and we demand an immediate halt to the military operations,” Davutoglu added.

The minister held talks with Syrian President Bashar al-Assad for more than six hours on Tuesday, pleading that he end bloodshed and open the path to political reforms.

His visit to Damascus was to pass on Ankara's message that it "has run out of patience" with the ongoing violence, Prime Minister Recep Tayyip Erdogan has said.

Ankara, whose ties with Damascus have flourished in recent years, has repeatedly called on Assad to initiate reforms but has stopped short of calling for his departure.

The Syrian regime has sought to crush weeks of protests with brutal force, killing more than 1,600 civilians and arresting at least 12,000 of dissenters, rights activists say.

"Our ambassador went to Hama and said that the tanks, security forces had started to leave Hama. This is highly important to show that our initiatives had positive results," Erdogan said in televised remarks, addressing his party members in Ankara.

"We hope that all these will be completed within a 10 to 15 day period," he added.

It amazes me that all the repressive regimes, e.g. Turkey, Saudi Arabia, etc., are laying these conditions on Syria. Let there people enjoy half the freedom that people have in Syria and than they can talk. The Turks are the same Ottomans that repressed minorities and continue to do so today. The Saudis the same.

You dumb witted Zogheib what are you talking about ? Turkey has a full blown democracy better than we can ever have. Saudi yes true a full blown royal family ruling but at least thru are not butchering their people when the rallies started in saudi Arabia they flooded their people with money and benefits instead and it worked.

Zogheb, Turkey has a democratic elected government. A Government that is freely elected by the people without repressions, killings, mass arrests and human right violations. A democracy that you and the Party of hypocrite "shabbiha" cannot withstand or imagine. It is your regimes in Syria, Iran and their associates that rule by oppression, intimidation and coercion.
Please set your facts correctly and then comment and post. Otherwise, you will look really stupid.

Thursday the UN will vote. ASSad will lose. Russia and China will sell him for a deal elsewhere. They cannot publically support him anymore. Assad has lostbthe Turks and now the Palestinains. All he has left are North Korea, Venezuela, the Hezz killers, and Iran. His death spiral will begin Thursday.

The Spanish gave him a way out of the gallows, but like Mubarek, Saleh, and the others he refused. His neck will be stretched longer that it already is. For Muallem they will need a thicker rope.