Analysts: Iran Must Change to Improve Ties with Gulf 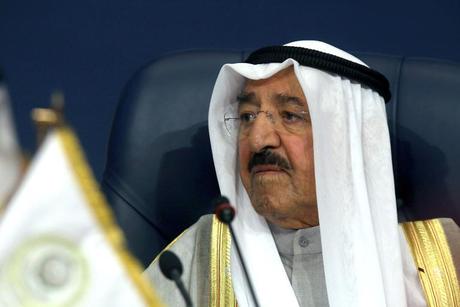 Iran must prove through actions that it is willing to make key policy changes to mend fences with Gulf Arabs, analysts said ahead of a landmark visit by Kuwait's emir.

The weekend visit of Sheikh Sabah al-Ahmed Al-Sabah, whose country currently heads the Gulf Cooperation Council (GCC) and the Arab summit, is an opportunity for Tehran to turn over a new leaf in Gulf ties, they said.

It comes amid a thaw in relations between Shiite Iran and the Sunni-ruled Gulf states despite high tensions mainly over the conflict in Syria, where Iran is accused of military interference.

"It's a significant visit and a very important opportunity to show if Iran really wants to develop its ties with the Gulf and open a new page with them," said Riad Kahwaji, head of the Dubai-based Institute for Near East and Gulf Military Analysis.

"So far, Tehran's policies haven't changed... it has bolstered its military involvement in Syria and dispatched troops to support the regime against the people. It has also increased its interference in Iraq, Lebanon and Yemen.

Saudi Arabia and its neighbors have been deeply suspicious of Iran's nuclear ambitions and wary of talks under way between Tehran and world powers aimed at striking a long-term compromise.

Ahead of the emir's visit, his first as head of state, Kuwait expressed hope it would strengthen "security, stability and peace in the region".

Kuwait, whose native population is one-third Shiite, has balanced ties with Tehran, even reportedly acting as a mediator to break the deadlock in the Islamic republic's relations with regional rival Riyadh.

For years, Iran's relations with the Gulf states have been frosty, but Tehran launched a diplomatic offensive aimed at easing these tensions since the election of self-declared moderate Hassan Rouhani as president in June 2013.

Two weeks ago, however, his Saudi counterpart Prince Saud al-Faisal invited Zarif to visit, and Tehran welcomed the invitation without a date being set.

And on Thursday, Iran welcomed as a "friendly" gesture a Saudi invitation to a meeting of the Organisation of Islamic Cooperation next month in Jeddah, where Zarif may meet Prince Saud.

In March, Rouhani himself visited Oman, which has maintained strong links with Iran and has mediated between the West and Tehran over its nuclear program, and offered "a hand of fraternity to all the countries of the region".

Ties between Gulf countries and Iran have been further strained by Tehran's backing of Syrian President Bashar Assad's regime in its battle against rebels supported by the Arab monarchies.

"Without a real change in Iran's policy on the ground, I don't think there will be any breakthrough in relations with Gulf Arab states. Nothing of this has happened," Kahwaji said.

In Muscat, Rouhani stressed negotiations can resolve all differences, saying talks had helped end the deadlock in Iran's nuclear negotiations.

Anwar Eshki, head of the Middle East Center for Strategic Studies, said Iran appears to be serious in its efforts to mend ties but also stressed deeds are needed.

"I think a good opportunity exists to improve Gulf-Iranian relations, including those between Tehran and Riyadh, provided that Iran takes practical steps in Syria and other places," Eshki told Agence France Presse.

"Rapprochement is possible now, and I think Iran is willing because its economy is deteriorating and popular demands are rising... Iran is currently reconsidering its policies," he said.

Eshki and Kahwaji agreed that unilateral contacts between some GCC states and Iran will not undermine the bloc's united strategy.

Kuwait's Al-Rai daily said the emir would speak to Iranian leaders on behalf of Gulf and Arab countries.

"The emir will tell them we want Tehran to respect the sovereignty of others, stop interfering in other countries' internal affairs and stop taking steps that may disrupt confidence with neighbors," it said in an editorial this week.

it is time for iran to show deeds not words.
this says it all.