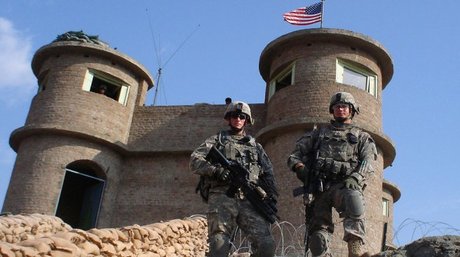 A U.S. official said Thursday the United States has repatriated a dozen inmates from a secretive military prison in Afghanistan where foreign terror suspects have been held for years without trial.

A French national, a Kuwaiti and 10 Pakistani detainees were sent back to their home countries last month from the Parwan prison, the defense official told Agence France Presse.

The move left 38 non-Afghan detainees at the prison.

The Defense Department notified Congress of the transfer 10 days beforehand, the official added.

In both cases, U.S. authorities suspect detainees have terror links but often lack sufficient evidence to try them in court and are reluctant to release them.

The Obama administration is trying to shut down the Guantanamo and Parwan prisons as it seeks to draw a line under the extraordinary legal measures adopted in the wake of the September 11 attacks.

The move at Parwan came amid controversy over a prisoner swap involving the release of a U.S. soldier captured by Afghan insurgents and five Taliban militants held at Guantanamo.

Bowe Bergdahl was freed on May 31 but some lawmakers have slammed the White House for agreeing to the transfer of the five Taliban figures.

With the United States and NATO allies withdrawing most of their combat troops from Afghanistan this year, Washington handed over control of Parwan prison to the Kabul government under an agreement.

The conditions for the 12 detainees transferred last month remain unclear.

Heya i am for the primary time here. I came across this board and
I to find It truly helpful & it helped me
out much. I hope to offer something back and aid others such as you helped
me.