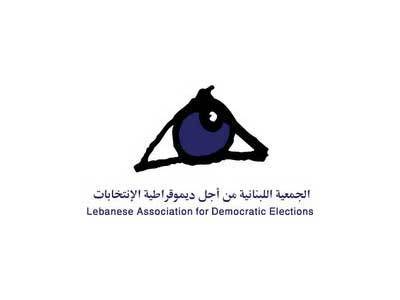 Less than six months are left for Lebanon's parliamentary elections, and for that purpose the Lebanese Association for Democratic Elections launched the first elections monitoring mobile phone application which allows all citizens to monitor the polls and register violations in the framework of their national shared responsibility, LADE said in a press conference on Thursday.

LADE also launched the elections maps in Lebanon which give every visitor access to information about parliamentary elections since 2005.

The mobile application is divided into two sections: the first section is dedicated to LADE’s observers while the other is available for all citizens.

The purpose of launching this application is to involve the citizen in the monitoring process and increase awareness on the types of violations.

Moreover, LADE will be capable of monitoring and registering a larger number of violations thus improving the accuracy of the electoral process and democracy evaluation.

The violations sent by citizens will automatically appear on the maps on LADE’s website once verified as free of insults or inappropriate images.

After disseminating the violation and attached documents, LADE will send its monitors to make sure the breach occurred in order to later verify or deny it.

This application has been completed with the support of the National Democratic Institute (NDI) and the technical implementation of Arabic GIS, LADE said, adding that they provided the implementing company with ideas and mechanisms of use.

into percentages that help the visitor have a clear idea about:

-The percentage of each sect of the total number of registered citizens and voters in the succeeding parliamentary elections since 2005 according to each district.

-The percentage of males and females among the registered citizens and voters since 2005 according to each district.

-The percentage of canceled ballots and white ballots since 2009.

- The weight of the seats in each district.

LADE noticed the tight relation between these figures and the electoral reforms it requests, especially the electoral system, as the maps show clear inaccuracy in the representation among districts and the numbers of registered citizens. For example, 1.66% of voters have 2.34% of the seats in Jezzine, whereas 4.70% of voters have 3.13% of seats in Tyr.

Women quota showing the numbers of registered and participating women indicates that women form more than half of the voters but their representation is no more than 2% in the parliament.

LADE found that 8 of 26 districts have a male majority, whereas the other 18 have a female majority with a gap varying between 2 and 9% in some districts, such as West Bekaa-Rashaya, Zahrani, Koura, and Zgharta.

LADE calculated the figures on the map using the ballot lists of the Ministry of Interior and Municipalities. They have been separated and adapted with the maps and information they contain.

LADE will update these maps constantly after every election and after the yearly electoral lists are published.

These maps have been completed with the support of Democracy International and the technical assistance of Lamba Lab and Development Seeds, they concluded.