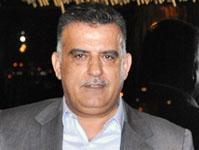 He told the daily that the trip to Doha achieved “positive results” regarding the kidnapping of a number of Lebanese held by certain armed groups.

Ibrahim, who accompanied Mashnouq on his trip, held talks with a number of Qatari security officials to discuss the abductions.

“The Qatari officials were receptive of our efforts. In fact, they were motivated to resolve the cases,” revealed the General Security chief.

Any deal to release prisoners will include Sky News Arabia cameraman Samir Kassab, who went missing in Syria in October 2013, he added.

Kassab, his Mauritanian colleague Ishak Moctar and their Syrian driver, who wasn't named at his family's request, were abducted as they arrived in the Syrian region of Aleppo in October 2013 to conduct a field report on the humanitarian aspect of the Syrians' plight during Eid al-Adha.

In addition, Abbas denied that a breakthrough was made in the case of the two abducted bishops, saying: “We are still at square one in this issue.”

He explained to As Safir that the identity of the abductors has not been determined yet.

He stressed however that he will continue his efforts to reveal the details of the case as soon as possible.

The two bishops, Yohanna Ibrahim and Boulos Yaziji, were kidnapped at the end of April 2013, reportedly near the rebel-held town of Kafr Dael, near Aleppo in northern Syria.

The al-Qaida-affiliated Asbat al-Ansar is allegedly the group behind the abduction of the two bishops.

Mashnouq headed to Qatar on Tuesday for a short visit.

his wages that he seems to deserve...
If u got evidence, u're free to post...

How about our people still in the Syrian jails ? are they less Lebanese .