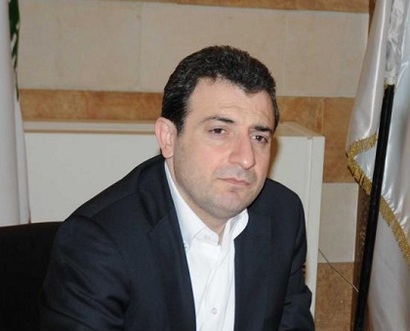 “Even if they have different stances but respect, friendship and cooperation remain,” Abou Faour pointed out.

He lauded the efforts exerted by Hariri to form a new government and his ongoing consultations with rival parties to end the presidential deadlock.

Abou Faour said that Jumblat, Hariri, Speaker Nabih Berri, Maronite Patriarch Beshara al-Rahi and all “political parties are working on resolving the presidential crisis in a way that preserves the presidency and state institutions.”

He considered his recent meeting with “excellent.”

Hariri held a telephone conversation with Jumblat on Friday evening during a meeting with Abou Faour in the Moroccan city of Casablanca.

The two officials agreed to hold a meeting in the near future.

“It is time to reach a consensual head of state... Our parliamentary bloc (Democratic Gathering) nominated its candidate, who has all the necessary conditions” to be elected, Abou Faour said.

Separately, Jumblat told al-Mukhtara's visitors on Sunday that “we must incessantly seek to preserve the Lebanese state despite all circumstances.”

“We must preserve what's left of this state and this entity and its diversity, regardless of the enormous political differences,” Jumblat added.

do u mean that jumblatt is his wali al fakir ?

What a silly thing to say. All party MPs take directions and orders from the party leadership. In this case, jumblat is the party leader. That's like sayin kanaan is nothing but a tool for Aoun.. Or zahra is a tool for Geagea. Or 3sayran is a tool for Berri. Or or or. Just silly with no trail of common sense. If anyone of them don't want to tow the party line. Let them start their own political party. I can't believe I spent this long commenting on such a stupid remark.