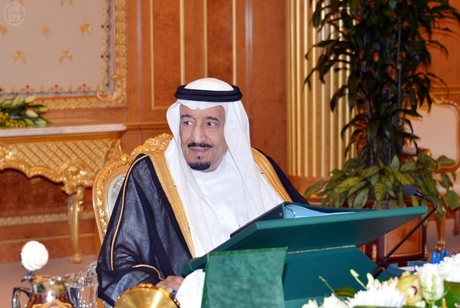 Saudi Arabia and Qatar have blamed "sectarian" policies by Iraq's Shiite-led government against the Sunni Arab minority for the unrest that has swept the country.

Sunni-dominated Saudi Arabia, whose relations with the government of Prime Minister Nouri al-Maliki have been strained, also warned against foreign intervention in Iraq.

Militants, spearheaded by the jihadist Islamic State of Iraq and the Levant (ISIL) and joined by supporters of executed dictator Saddam Hussein, have in the past week overrun a large chunk of northern and north-central Iraq, although their advance has since been slowed.

Saudi Arabia, which shares long borders with Iraq, urged the swift formation of a national consensus government to work to "reinstate security and stability."

The unrest "could not have taken place if it was not for the sectarian and exclusionary policies implemented in Iraq over the past years that threatened its stability and sovereignty," the government said in a statement.

It underlined the need for the "participation of all components of the Iraqi people in determining the future" of the country.

Riyadh said it rejected any foreign intervention in Iraq's internal affairs, an apparent reference to talk of intervention by its regional rival Tehran.

Saudi analyst Abdel Aziz al-Sagr said Riyadh was concerned its U.S. ally might give Tehran its tacit blessing for such an intervention.

"We need a regional coordination over Iraq, not a U.S.-Iranian dialogue," said Sagr.

Qatar's Foreign Minister Khaled al-Attiyah said the trigger for the unrest was the marginalization of Iraq's Sunni Arabs.

He cited as examples the dispersement by security forces of peaceful protest camps maintained by the minority community in April 2013 and January this year.

"This has deepened the divide between the components of the brotherly Iraqi people," Attiyah said in comments reported by the official QNA news agency late on Sunday.

He urged the Iraqi government to take into consideration the "demands of a large part of the population who are only asking for equality and participation, away from sectarian discrimination."

In March, Maliki accused both Saudi Arabia and Qatar of supporting terrorism in Iraq.

"Nouri al-Maliki is worse, and more dangerous, than ISIL and Qaida," columnist Abderrahman al-Rashed wrote in Sunday's edition of the Asharq Al-Awsat newspaper.

"He is a bad person who is ready to commit massacres in order to stay in power."

Kuwait, which has maintained good relations with Baghdad, issued a more reserved statement, calling only for the safeguarding of Iraq's territorial integrity.

"The council of ministers affirms its backing of security and stability in Iraq and safeguarding its territorial integrity," the cabinet said after its weekly meeting.

It expressed confidence that the Iraqi people will be able to "overcome this ordeal... and preserve national unity."