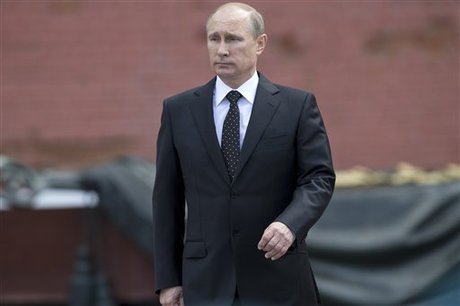 Russia's upper chamber of parliament on Wednesday voted to scrap an earlier resolution allowing President Vladimir Putin to send troops into Ukraine, in a move Moscow says will help the peace process.

Only one senator voted against Putin's Tuesday proposal to rescind the March 1 decision granting him the right to intervene in Ukraine to protect Russian speakers, while 153 voted in favor.

Democracy in Russia,99% voted to allow it and 99% changed their mind 1 month later. Typical of all the countries in this alliance