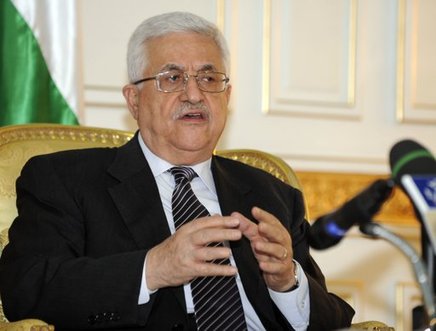 Palestinian President Mahmud Abbas said in a letter to Bashar Assad that his election as Syrian president will help to end the country's three-year war, Damascus said on Wednesday.

"Your election to the presidency of the Syrian Arab Republic guarantees Syria's unity and sovereignty, and starts of a countdown to the end of Syria's crisis and its war against terrorism," Abbas wrote, according to the Syrian presidency's Facebook page.

The letter was the strongest expression of support yet to Assad from the Palestinian president and from his Palestine Liberation Organization (PLO) since the outbreak of an uprising against the Syrian regime in March 2011.

Since then, more than 162,000 people have been killed in a savage war that began as a peaceful protest movement, but which became militarized after the Assad regime unleashed a brutal campaign to crush dissent.

Assad was kept in power for a new seven-year term by a controversial June 3 election that was held only in regime-controlled areas of Syria.

In the letter dated June 18, Abbas said the election will help to "end the crisis, and (create) political dialogue between all sides of the Syrian people, and will allow the country to recuperate its privileged position."

The opposition and Western countries slammed the vote as a "farce" and as a "parody of democracy", as no opponents to the Assad regime could actually run.

The main Palestinian camp in Syria, Yarmuk, has been reduced to rubble since it was struck by all-out violence in 2013.

The camp has also been under a suffocating siege since last year, and the U.N. refugee agency for Palestinians is frequently blocked from accessing the area despite the dire humanitarian situation.

Rights groups say more than 100 people have died in Yarmuk since 2013 because of food and medical shortages.