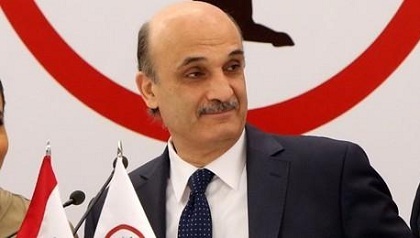 Lebanese Forces leader Samir Geagea stated on Wednesday that efforts are ongoing to end the deadlock over the presidential elections, saying that the latest of such steps took place during his meeting with Maronite Patriarch Beshara al-Rahi on Tuesday, reported the Central News Agency.

He told the news agency: “Bkirki should call on Christian lawmakers, not just Maronites, and heads of other Christian sects to convene before al-Rahi, who should hold them to their responsibilities.”

“Al-Rahi should turn to those obstructing the presidential elections sessions by saying that they are obstructing the highest Christian national position in Lebanon, which will lead to turmoil in the country,” he added.

Asked by the news agency if he believes that all the MPs will comply with the patriarch's call, Geagea replied: “The absence of MPs will expose their true intentions.”

Another proposal to end the deadlock, lies in voters who voted for Free Patriotic Movement MP Michel Aoun in the parliamentary elections to express their opposition to the obstruction of the presidential elections, he explained.

They should voice their desire for the election of a president and that parliament's normal work be restored, said the LF chief.

“I do not foresee a third proposal to end the deadlock. We should not deceive the people and I have relayed this position to the patriarch,” he revealed.

Asked whether Aoun will be receptive to the suggestions, he answered that foreign powers are too distracted with regional developments to focus on Lebanon “and this is how it should be anyway.”

He noted that Hizbullah is exploiting Aoun's “stubbornness” in order to elect a president who serves its interests.

“The longer Aoun obstructs the elections, the more the party benefits from the situation,” Geagea remarked.

Moreover, he ruled out any connection between the recent bombings in Lebanon and the presidential vacuum.

The instability is a product of Hizbullah's involvement in the fighting in Syria, he explained.

Six of the sessions were obstructed due to a lack of quorum caused by a boycott by the March 8 camp's Hizbullah's Loyalty to the Resistance bloc and Aoun's Change and Reform bloc.

Geagea had announced his candidacy and repeatedly demanded that the March 8 alliance name its candidate.

Aoun had announced that he would be willing to run in the elections if consensus is reached over him.

Roar the issue is not who wins it is aoun has had six (6) years to prepare, build alliances and his program and then come to parliament and vote. Instead he has now left his negotiations to well past the expiry date and given this he has not been able to sell himself to others. What we have here is aoun holding up the presidential elections unconstitutionally causing vacuum and further divide trying to win the seat any way he can. I for one don't care if he is president if he had positioned himself accordingly and within the timeframes. As for HA you seem to think a divided lebanon is stronger than a united one. For it is the LAF and only the LAF who are winning against these animals and having HA as an extension of the LAF under one command would further strengthen our capabilities to rid our country of this filth not in reverse.

the is a certain dimetia called the aouni.
they call fleeing to the french embassy and leaving everyone behind heroism and they call 12 years behind bars with an invitation to flee the country and didnt take it, cowardice ..
aounis see aoun a hero and even a 6 yrs old know the difference between hero and coward..