Detainee Confesses to Hiding Explosives in his Land in Fnaideq 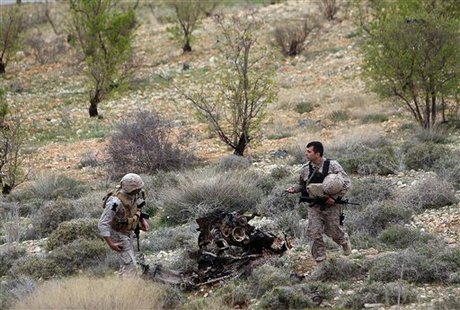 A detainee confessed on Thursday to storing a number of explosives and weapons in property he owns in the northern region of Akkar, announced the Army Command in a statement on Friday.

It said that Mahmoud Khaled revealed that he hid explosives and weapons buried in the ground of the property in the town of Fnaideq.

The army consequently raided the area on Thursday where it discovered a number of explosives, mortar shells, and ammunition.

It also seized a large quantity of metal balls that are used in preparing explosive belts.

The army searched for the owner of the residence, Alaeddine Mohammed Kanaan, without finding him.

On Wednesday, a Saudi man blew himself up at the Hotel Duroy in the Beirut neighborhood of Raouche as security forces stormed his room, killing himself and wounding several others.

hardly qualifies as a cache for celebratory gunfire after a nasrallah speech. Just ask mowaten of iran aka crusher aka ... aka.... aka...

I'm proud of our armed forces really,
But can someone answer how come after 13 assassination assassination attempts, tripoli bombing caught on video, hashem salman assassinated in daylight, and yet nothing?...
Well the army isnot to blame, the army is doing its job when asked to, so the thing iswhen matter targets march 14 or any anti syrian regime political force...
And last, hezbos really thing they can go to syria, defend el assad wich is hated by at least half of the lebanese and a very large majority of syrian (yes i know he got over 80 %of votes and more that 11milions voter, bravo) and they do wejeb al jihadi and expect no retaliation at all...
Hezbollah brought us deep in this shit, like 2006 war, and yet it's acting as it had all lebanese support over its actions...
And worse u hv supporters coming giving us lessons about patriotism, democracy...,and wondering why people hates hezbos more and more..
For all of u march 8 fellows, chupachups..

This is not our armed forces, this is Hezbollah controlled security apparatuses which are magically efficient when it doesn't involved finding Hezbollah assassins and murderers.

They solve crimes before they even happen !

"it was bandar and israel who killed hariri" says our expert better than an international investigation team! LOL when everything points to the way syrian kill people in Lebanon....

have you performed your jihadi duties or not yet?

it is forbidden for sunnis to be armed, but halal for shias, they are the only ones that can 'resist'...

Cedre we've been posting for some times yet on this forum, can u please talk abou hezbollah milicia instead of chia (even if hezbollah is a purely shiite millicia in the orders of iran) i this that el assaad ,sayed el amin.. And other shia are even more hurt by hezbos than us, we at least can burry our martyrs in official funeral hachem salman, killed in day light in front of our armed forces couldn't for exemple..
And again this is no resistance, this is a sectarian milicia, like sunit da3ech, like the christian hawach in central africa...
The lebanese people which supported israley invasions, syrian egemony, which protected their compatriots and accepted them in their homes in 2006, those are the real resistance...
Anyway cedre have a nice weekend

my apologies imagine79, u're totally right, i usually use 'khomeynist' term about HizbIran...

Sp what is ur point? Assir is part of march 14? Last time i checked he was not, he despise hezbos, well a lot of people/countrie/organisation in the world despise hezbos if they all would hv been part of march 14....
But as for hachem minkara and sayd cha3ban they r part of march 8, they attend tripoli march 8 meeting and u can find nice pics in the media (including of course march 8 media who are pround of this alliance against takfiri hariri and moustafa alouch....
Really man, go have some chupachups...

More terrorism from Akkar. Raised your hand if you're surprised.