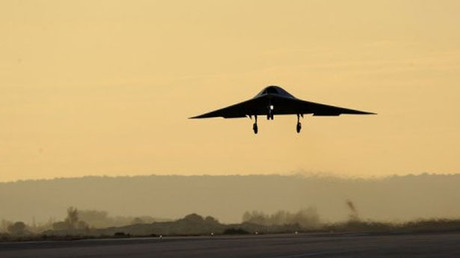 The U.S. military is flying "a few" armed drones over Baghdad to defend American troops and diplomats in the Iraqi capital if necessary, a senior U.S. official said Friday.

"For the last 24 to 48 hours, we've started that," the official, who spoke on condition of anonymity, told Agence France Presse.

The move comes after the United States deployed 180 troops as military advisers in recent days to help the Iraqi government army fend off the advance of Sunni militants, who have captured territory north and west of the capital.

But officials said the armed drones would not be used to carry out offensive strikes on Sunni extremists, a move that would require a decision by President Barack Obama.

The drones were there as a precaution to safeguard Americans in Baghdad, or what the military calls "force protection," officials said.

Obama has not ruled out air strikes but for the moment, American forces are focused on gauging the state of the Iraqi military and its adversaries on the battlefield, according to the White House and the Pentagon.

The U.S. advisers, drawn mainly form special operations forces, along with troops sent in to bolster security for the U.S. embassy in Baghdad, bring the total number of American military personnel to roughly 500, officials said.

The armed robotic planes are in addition to other manned and unmanned U.S. aircraft that are conducting about 30-35 surveillance flights a day, as Washington attempts to gain a better picture of events on the ground.

Iran does not need rescuing smart guy, they will just use this state of the art jet fighter and Photoshop ISIL out of existence.

Jezbos are as terrorist as these rearded..
5 members wanted by the impreriallistic STL, one (now martir) wanted by lebanese judiciary, ali eid and tripoli bombings, michel smaha investigation put on hold (yes liban post couldnot reach him), hachem salman shot in daylight (yes el sayed said it was one on the moment thing "3afawiyeh" donc ca va, now going in syria fighting for a regime which brought hell on libanon , syrian people and even palestinian (it divide fatah with fatah el intifada, fplp with general comand"kyedwh el
3ameh..and so on, and all this in the name of religion, jihadic duty...
As terorist as ISIL/Nosra/boko haram/ christian fanatics in central africa..
Same even worse hezbos want us to believe they are so tolerent,modern,secular,democratic..
Go hv chupachups southern, chupachups...

after 911 the great president goerges bush said :I will take the war to their land and wipe them out (terrorists )
god bless democracy