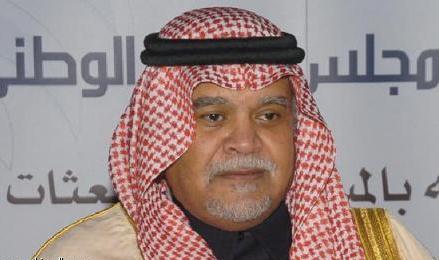 Prince Khaled bin Bandar bin Abdul Aziz had been unexpectedly removed from his post on Saturday at the request of his boss the defense minister, after only 45 days on the job.

There was no reason for his sacking but early Tuesday the SPA said that Prince Khaled had been appointed "head of the General Intelligence with a minister rank" by royal decree.

The announcement comes after jihadists spearheading a Sunni militant offensive in Iraq have declared on Sunday an "Islamic caliphate", ordering Muslims around the world to pledge allegiance to their chief.

Last week Abdullah slammed the jihadists, who are also active in Syria, and instructed authorities to take "necessary measures" to defend his oil-rich kingdom amid fears the Iraq offensive could spill over into Saudi Arabia.

Prince Khaled will take over from Prince Bandar bin Sultan, the kingdom's former pointman on the Syrian conflict who headed the intelligence service for two years until April.

A separate royal decree reported by SPA named Prince Bandar as an "advisor to the king and his special envoy."

Prince Bandar, a former ambassador to the United States, is widely regarded as among the most influential powerbrokers in the Middle East and was appointed intelligence chief in 2012.

They said his management of the Syrian file had triggered American criticism and the matter was discussed during U.S. officials' visits to the kingdom.

The prince himself reproached Washington for its decision not to intervene militarily in Syria, and for preventing its allies from providing rebels with much-needed weapons, according to diplomats.

Saudi Arabia has been strongly supportive of the rebels battling Assad.