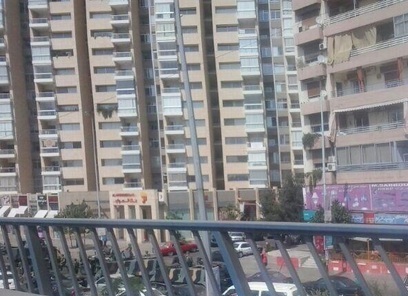 Army troops on Wednesday carried out raids in the Beirut area of Tariq al-Jedideh in search for suspects.

“The army is carrying out raids in Tariq al-Jedideh in search of suspects wanted on terrorism charges,” LBCI television reported.

Meanwhile, al-Jadeed television said the army staged raids near the Beirut Arab University in Tariq al-Jedideh in search for fugitives.

It also reported raids in the nearby Afif al-Tibi Street.

According to state-run National News Agency, one person was arrested and a car was seized in Afif al-Tibi.

Al-Manar television said the arrested man was a Saudi national, adding that a woman who was with him was also apprehended.

"The raids in Tariq al-Jedideh are interconnected and part of the preemptive security plan that security agencies are implementing to bust terrorist cells," Army chief General Jean Qahwaji said as he entered a security meeting at the Grand Serail.

The development comes amid heightened security measures in Lebanon in the wake of a number of bombings that rocked several regions.

Last week, a Saudi suicide bomber blew himself up at the Duroy Hotel in Beirut's Raouche area as General Security agents tried to storm his room. His accomplice, also a Saudi citizen, survived the blast and is being questioned.

Also in June, a suicide blast at the entrance of Beirut's southern suburbs, Hizbullah's main bastion, killed a security officer and wounded 20 others.

what should we recognize from this unclear picture?

bless the army for busting your hateful sectarian rabid dogs. here's hoping you're next :)

yep, didnt you see the raids in dahiyeh, brital and baalback last month? maybe you should clean your eyes, they are full of sectarian crap.

Hello speakfrrely
I hope things are ok with you

Partition? Instead of asking you christian brothers to help not to cover terrorists from anyplace they come, and Lebanon is is yours to rule.

They are looking for the dudes that were on the top of the building firing shots when the long neck faked again his election in the jealous neighboring country.

are you "fida sirmayit el syed" ?