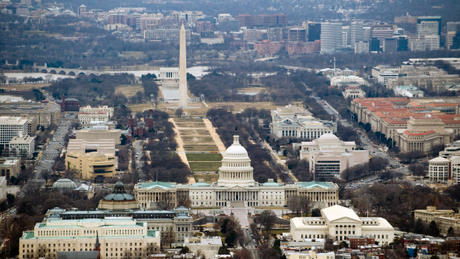 U.S. authorities plan to bolster security at some airports in Europe and the Middle East with direct flights to the United States, officials said Wednesday.

Amid concern that terror groups are developing new explosives to circumvent airport security, U.S. Homeland Security Secretary Jeh Johnson announced unspecified steps that would be carried out in "coming days," without saying which airports would be affected.

"We are sharing recent and relevant information with our foreign allies and are consulting the aviation industry," Johnson said in a statement.

After an assessment of security threats, Johnson said he had directed the Transportation Security Administration "to implement enhanced security measures in the coming days at certain overseas airports with direct flights to the United States."

Johnson said that "we will continue to adjust security measures to promote aviation security without unnecessary disruptions to the traveling public."

The airports were located in the Middle East and Europe, according to an official at the Department of Homeland Security.

The announcement came before the U.S. Independence Day celebrations on Friday but officials would not say whether authorities had uncovered a specific threat or plot.

"There will be enhanced security measures in certain airports that fly non stop to the U.S.," the DHS official told Agence France Presse.

The new measures would be designed in a way to avoid creating major hassles for travelers, without signaling to potential terrorists what those steps would be, officials said.

The official said authorities "may require some additional screening of persons and their property, so travelers should always arrive at an airport with plenty of time for screening to be sure they do not miss their flights."

Media reports said the additional screening could apply to shoes worn by passengers and electronic devices.

- Britain to step up security -

In Britain, the Department for Transport (DfT) said late Wednesday that it would "step up some of our aviation security measures" following the warning from U.S. security chiefs, the Guardian reported.

"For obvious reasons we will not be commenting in detail on those changes. The majority of passengers should not experience significant disruption," a spokesman told the BBC.

U.S. counter-terrorism experts in recent months have said there is cause for concern that extremists have come up with new tactics to avoid detection at airports.

Just Sunday, U.S. President Barack Obama warned that "battle-hardened" Europeans who embrace jihad in Syria and Iraq threaten the United States because their passports mean they can enter the country without a visa.

"We have seen Europeans sympathetic to their (militants') cause traveling into Syria and may now travel into Iraq, getting battle-hardened. Then they come back," Obama warned in an interview that aired Sunday on the U.S. broadcaster ABC.

These combatants "have a European passport. They don't need visas to get into the United States," he told the program "This Week."

"Now, we are spending a lot of time, and we have been for years, making sure we are improving intelligence to respond to that.

"We have to improve our surveillance, reconnaissance, intelligence there. Special forces are going to have a role. And there are going to be times where we take strikes against organizations that could do us harm."

Fears about Europeans returning from militant action were underlined when Mehdi Nemmouche, a French-Algerian who fought alongside radical Islamists in Syria for more than a year, allegedly killed four people in a deadly shooting at the Jewish Museum in Brussels on May 24.

Other terrorists too, but yes agree.