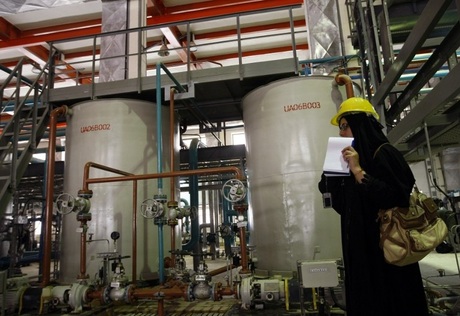 Iran's foreign minister took to social media Thursday to warn that the outcome of nuclear talks with world powers was unclear, as a decisive final round began in Vienna ahead of a July 20 deadline.

"Considering the complexity and inter-connectivity of the several issues that must be agreed upon for the comprehensive agreement, it is really difficult to predict the outcome of the negotiations," Mohammad Javad Zarif said on his Facebook page.

The accord being sought by Iran and the five permanent members of the U.N. Security Council, plus Germany, would finally ease fears of Tehran obtaining nuclear weapons and silence talk of war.

In exchange, punishing sanctions on the Islamic republic would be lifted.

With Sunni Islamic insurgents overrunning large parts of Iraq, and Syria in chaos from civil war, a deal could help Tehran and the West normalize relations at a particularly explosive time in the Middle East.

"In this troubled world, the chance does not often arise to reach an agreement peacefully that will meet the needs of all sides, make the world safer, ease regional tensions and enable greater prosperity," U.S. Secretary of State John Kerry said this week.

The so-called P5+1 powers have proposed to Iran a "series of reasonable, verifiable and easily achievable measures", he said, warning Iran not to "squander a historic opportunity."

"What will Iran choose? Despite many months of discussion, we don't know yet."

Zarif, in a video message Wednesday, called the talks a "unique opportunity to make history," saying success would allow both sides to address "common challenges" such as Iraq.

But with major differences apparent after five rounds of talks seeking to secure a deal by July 20 -- when an interim deal from November expires -- Zarif said in French daily Le Monde that some among the P5+1 were suffering from "illusions."

The six powers want Iran to drastically reduce its nuclear activities in order to render any Iranian drive to assemble an atomic bomb all but impossible.

This would include Iran slashing its capacities to enrich uranium, a process that produces nuclear fuel but also, at high purities, the core of a nuclear weapon.

A senior U.S. official involved in the talks said Thursday that Iran's capacities to enrich uranium should be "very limited" and "a fraction" of what they are at present.

But Iran insists it has made too many advances in uranium enrichment to turn the clock back and that it needs to expand its program in order to fuel a future wave of power reactors.

Demands that Iran's program be "radically curbed" rest on a "gross misrepresentation of the steps, time and dangers of a dash for the bomb", Zarif said.

In theory, the July 20 deadline could be extended by up to six months, and many analysts believe this is already being negotiated.

But US President Barack Obama, facing midterm elections in November, is wary of doing anything that could be construed by Republicans as giving Iran more time to get closer to having the bomb.

This is the long-standing accusation of Israel, the Middle East's sole if undeclared nuclear-armed state which -- together with Washington -- has not ruled out military action.

Michael Mann, spokesman for EU foreign policy chief and the six powers' lead negotiator, Catherine Ashton, told reporters he was "not aware" that an extension was being discussed.

"The atmosphere is as always very workmanlike... (Negotiators) come here with determination to push the process forward and reach a deal by July 20," he said.

Iran will never voluntarily get rid of what it has already produced and/or dismantle its nuclear weapons capabilities. There will be very hard choices to be make, and unfortunately this so called great American President, whom the blind elected twice, is not only trying to fundamentally change the U.S. he has almost succeeded turning the Middle East on it head, but it is not too late This is either by design, stupidity or reckless disregard. Similar to ultra left "anti war" disillusioned lunatics who don't or refuse to see the bigger picture while others have provide them with opportunities and the luxury to see the world through rose glasses.

Vincent, you are right on! As much as I loathed Dick CHeney, as much as I wish he had some say in foreign policy now. Iran would have been neutralized-- you cannot negotiate with cancer; you have to eliminate it once and for all.