Israeli Troops Open Fire at Shepherd, Fail to Abduct him 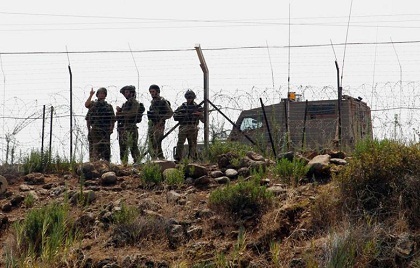 Israeli troops opened fire on Sunday at a shepherd as he was herding his cattle in the South, reported the National News Agency.

It said that the soldiers fired five shots at Hussam Akasha in the Jabal Sadana heights, but they missed him.

They also attempted to abduct him, but he fled towards a nearby position of the Indian contingent in the United Nations Interim Force in Lebanon.

In case you forgot: Jesus was an Israelite Jew

bilke, if you really study the message of Jesus and agree with it, I don't think you would come to such hateful assertions.

And anyway, saying that all the individuals of one human groups are all bad is not very clever, especially when you hardly maybe met 3 or 4 of them in your life...