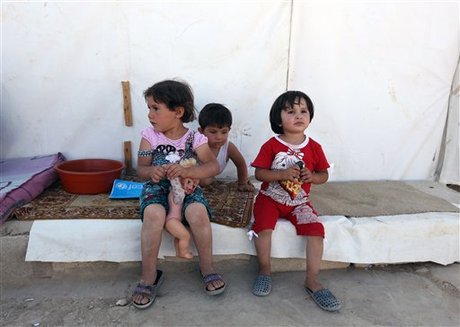 Social Affairs Minister Rashid Derbas denied on Wednesday reports saying that he obtained a report stating that the U.N.'s refugee agency is planning to naturalize 100,000 Syrian refugee in Lebanon.

Derbas, however, said that Thursday's cabinet session will tackle the "sudden" situation imposed by the refugees crisis.

The minister expressed fear over the “dangerous situation that needs a serious solution.”

“The international community isn't mulling the possibility of the naturalization of the Syrians,” he stressed.

Al-Liwaa quoted the minister on Wednesday saying that the United Nations High Commissioner for Refugees (UNHCR) is seeking to naturalize Syrians in Lebanon and to issue passports for those refugees.

“I will discuss the matter during Thursday's cabinet session,” the minister reportedly told the newspaper.

He expressed belief that the government will reject such a plan, hoping that more attention would be given to the matter by the Arab and international communities.

Reports said that the cabinet is mulling the establishment of camps in buffer zones between the Lebanese border crossing al-Masnaa and Jdeidet Yabous crossing on the Syrian side.

Plenty of safe heaven in Syria, let the refugees go back to their country..and yes zzz helll wz UNHCR - their offices must be closed in Lebanon and they should be kicked out.. fr all z problem/s already we have fr palestinians now comes z syrians..

They won't want this. It would deprive them of all the advantages they get from many NGO's around the world, not to mention the UN refugee organisations.
They only have to look at what money their like "refugees" who are actually grandchildren and greatgrandchildren of the original refugees receive for over 60 years from UNWRA in the Gaza Strip and the West Bank.
Where else could they get money for nothing.