Iran Warns Could Walk Away from Nuclear Talks 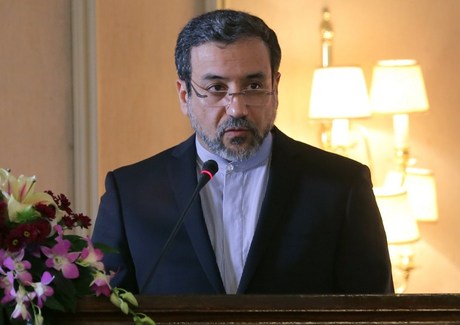 Iran's chief negotiator in nuclear talks in Vienna warned Saturday that Tehran is ready to walk away if "excessive" Western demands cause a failure, eight days before a deadline for a deal.

Abbas Araqchi said however that he hoped that the attendance from Sunday of foreign ministers including U.S. Secretary of State John Kerry would help overcome "deep differences" that remain.

"If we see that the excessive demands (of Western powers) persisting and that a deal is impossible, this is not a drama, we will continue with our nuclear program," Araqchi said.

"The presence of ministers will have a positive influence," he told Iran state television from the Austrian capital. "There are questions that ministers need to take decisions on."

Iran's talks with the five permanent members of the U.N. Security Council plus Germany are aimed at a grand bargain reducing in scope Iran's nuclear activities in return for sanctions relief.

Such a deal is meant to quash for good concerns about the Islamic republic getting the bomb after more than a decade of failed diplomacy, threats of war and atomic expansion by Iran.

Iran denies wanting nuclear weapons. The deadline for an accord is July 20, when an interim accord struck by foreign ministers expires, although this can be put back if both sides agree.

On Friday, William Burns, Washington's pointman in secret 2013 talks with Iran that helped produce the November deal, said that the differences between the two sides remain "quite significant".

"I would say that there is a lot of ground that has to be covered if we're going to get to a comprehensive agreement," Burns told Indian channel NDTV according to a State Department transcript.

"We need to continue to work at it and we're determined to do that," he said.

Kerry was expected late Saturday or early Sunday in Vienna where he will be joined by his British, French and German counterparts William Hague, Laurent Fabius and Frank-Walter Steinmeier.

Hague said on Saturday that the Western ministers would also discuss how to achieve a ceasefire in Gaza. Kerry and Steinmeier were also to talk about a U.S.-German spat over spying.

Skipping the meeting however is Russian Foreign Minister Sergei Lavrov, and it remains unclear who will represent China.

Kerry "will gauge the extent of Iran's willingness to commit to credible and verifiable steps that would back up its public statements about the peaceful nature of its nuclear program," the State Department said.

He will "assess Iran's willingness to make a set of critical choices at the negotiating table" and then "make recommendations" to U.S. President Barack Obama on the next steps.

The main sticking point is uranium enrichment, a process which can produce nuclear fuel -- Iran's stated aim -- but also in highly purified form the core of an atomic weapon.

The six powers want a sharp reduction, however, with a senior U.S. official saying last week that Iran's activities in this area should be a "fraction" of what they are now.

This, coupled with other measures, would extend the so-called "breakout time" -- the time Iran would need to make enough highly-enriched uranium for a nuclear weapon, should it choose to do so.

Iran says it wants to enrich uranium to fuel planned nuclear power plants around Iran, but these facilities are years, if not decades, away from being in operation, the West says.