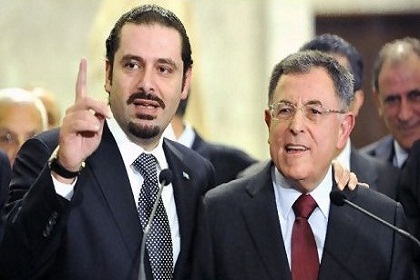 Al-Mustaqbal Movement leader Saad Hariri will launch an initiative in the upcoming two days after intensive meetings with his party members in Jeddah, local newspapers reported on Wednesday.

Al-Joumhouria newspaper reported that consultations between Hariri and members of his movement aimed at “putting the final touches” on a political initiative that the former PM is expected to launch during his televised speech on Friday in an iftar hosted by al-Mustaqbal.

The daily said that the initiative will include the general situation in the country.

Head of al-Mustaqbal parliamentary bloc MP Fouad Saniora described in remarks published in As Safir daily the meeting with Hariri as “excellent,” ruling out rumors of sharp differences with Hariri.

Sources said that talks between Hariri, Saniora and Nader Hariri, head of the ex-PM's office, motivated al-Mustaqbal chief to go on with his initiative.

The sources pointed out that the initiative comes in light of discussions with AMAL movement and the Free Patriotic Movement.

Two Mustaqbal delegations traveled to Jeddah in Saudi Arabia for talks with Hariri.

but hariri is biking in riyadh