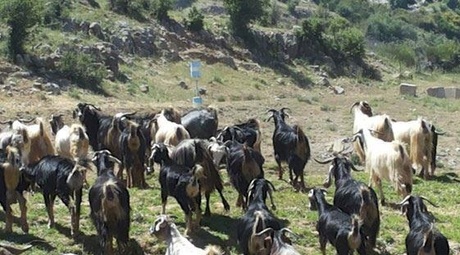 An Israeli force failed on Friday to kidnap a Lebanese shepherd who hails from the border town of Shebaa, but managed to take the flock of goats instead.

But Hamdan managed to escape while around 120 goats remained in the captivity of the Israeli troops, according to the same source.

Consequently, the Lebanese army contacted the UNIFIL to retrieve the seized flock.

Kidnapping incidents of Lebanese residents by the Israeli forces are frequent near the border area.

Don't return the goats!They were accessory for spying, make some real good meal from them!!

Where is Hizballah defending Lebanon? Too busy killing other Muslims to care!!!

defending lebanon is not the goal, controlling it for khamenei is their job...

he does look like a shepherd does he not?