STL to Rule on Khayat's Contempt Case Jurisdiction on July 24 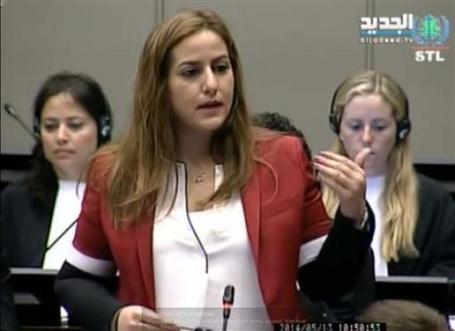 A hearing for the issuance of a decision on jurisdiction in the contempt case against New TV S.A.L and al-Jadeed TV journalist Karma al-Khayat has been scheduled for Thursday, July 24, the Special Tribunal for Lebanon said on Friday.

“In this hearing (Contempt) Judge Nicola Lettieri will issue a decision on the jurisdiction of the Tribunal to hear cases of contempt with respect to legal persons,” the STL added.

It noted that the Defense's motion challenging such jurisdiction was filed on June 16, 2014.

“By the same date, 18 amicus briefs related to jurisdiction were submitted by individuals and organizations in Lebanon and elsewhere,” the STL said.

In the scheduling order, Lettieri stressed that the legal issues raised are “important for the Tribunal and the Lebanese public.”

An initial hearing for Lebanese journalists and their media organizations on charges of contempt was held on May 13 at the STL's headquarters in The Hague, amid the absence of al-Akhbar's editor-in-chief Ibrahim al-Amin who later appeared before the court via video conference.

Al-Jadeed TV Director General Dimitry Khodr and Karma al-Khayat, the deputy head of news at the station, entered pleas of not guilty during that hearing.

“I came here to defend my rights under your laws,” Karma told the court.

She said her only crime was the “respect” for her profession and the “highlighting of the court's mistakes.”

Khayat and al-Amin and their media organizations New TV S.A.L. and Akhbar Beirut S.A.L. had been charged with contempt by the tribunal after they disclosed details of alleged STL witnesses.

Khan indicated on May 13 that al-Jadeed's Defense will challenge the jurisdiction with respect to the charges against the corporation.

Hizbullah chief Sayyed Hassan Nasrallah dismissed the court as a U.S.-Israeli scheme against his group and vowed that the accused will never be found.

I do not see a ring too

But she is hot admit it.