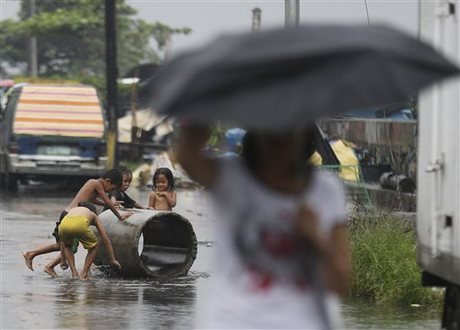 The death toll from the strongest storm to hit China for decades has reached 46 with another 25 missing, authorities said Tuesday, as another typhoon approaches the country's eastern coastline.

Typhoon Rammasun has left 19 people dead in south China's island province of Hainan, 18 in southwestern Yunnan and nine in neighboring Guangxi, the Ministry of Civil Affairs said in a statement on its website.

A total of 37,000 houses have been destroyed since the storm first made landfall in China on Friday afternoon as a super typhoon, packing winds exceeding 200 kilometers (124 miles) an hour.

The Ministry of Civil Affairs early Wednesday morning said 33 people had died in the storm.

The strongest typhoon to hit south China since 1973 also caused devastation in the southern Guangdong province.

Rammasun -- meaning "Thunder God" in Thai -- has caused more than 120 deaths in the Philippines and Vietnam, authorities there say.

Matmo is packing gusts of up to 173 kilometers per hour (107mph) and is forecasted to first hit Taiwan early Wednesday before heading west to China from the afternoon to evening.

It is expected by the NMC to make landfall in Fujian and Zhejiang, before heading north.