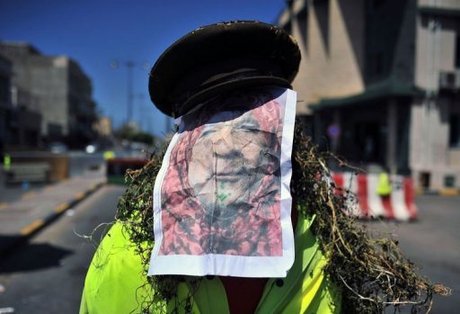 The envoy of President Dmitry Medvedev for Africa will attend this week's conference for "Friends of Libya" in Paris, reports said Wednesday, in the first indication Russia will be represented.

"Mikhail Margelov is going to Paris for the meeting after receiving an invitation," a source in the Russian foreign ministry told Interfax.

Margelov himself confirmed to RIA Novosti that "Russia will take part" although, oddly, he did not make clear if he would be the representative at the meeting.

"On the order of the president of the Russian Federation, Russia will take part in the Libya conference. Our country was one of the first to be invited," he was quoted as saying.

Russia had earlier appeared to be keeping its distance from the conference, after refusing the join the international Contact Group on Libya during the conflict and vehemently criticizing the Western air campaign.

Moscow had called for Libyan leader Moammar Gadhafi to step down but also angrily accused the West of siding with the rebels in a civil war.

It has yet to recognize the National Transitional Council (NTC) as anything more than a negotiating partner.

In contradiction with Margelov's comments, foreign ministry spokesman Alexander Lukashevich said on August 25 that Russia "never received an invitation" for the conference.

Lukashevich stressed "the importance of the U.N. Security Council playing a leading role in this process", indicating Moscow's suspicion of efforts outside the framework of the United Nations.

Margelov told RIA Novosti however that this did not preclude Russia taking part in international meetings on Libya.

"Russia's participation in the conference is aimed at acquainting ourselves with the work of this forum, its true possibilities and the will to follow up the tasks it agrees," Margelov said.