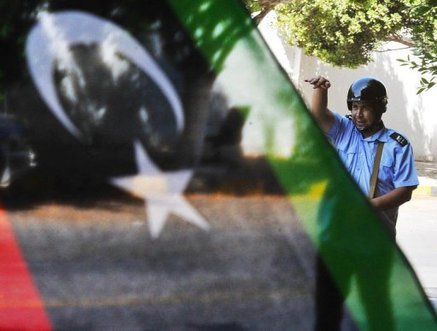 The European Union is expected to lift sanctions against Libya's ports and 22 economic entities including a clutch of oil companies by Friday, diplomats told Agence France Presse.

The EU reached an agreement in principle on Wednesday to remove the six port authorities from its sanctions list as well as 22 other entities, the diplomats said. Three or four oil companies will be de-listed, they said.

"It was agreed this morning," one diplomat said, adding that EU governments will formally approve the decision on Thursday and that the move will come into force when it is published in the 27-nation bloc's Official Journal on Friday.

The EU froze the assets of nearly 50 entities as well as the six ports to punish the regime of Moammar Gadhafi for its brutal repression of a revolt.

The rebel National Transitional Council (NTC) had asked the EU to lift the sanctions. The opposition also wants the international community to release billions of dollars in Libyan assets that have been frozen worldwide.

The EU must wait for a green light from the United Nations to remove all the remaining sanctions against Libya because some were linked to punitive measures imposed by the world body, one of the European diplomats said.

The move to lift the sanctions coincides with an international conference on Libya, dubbed "Friends of Libya," a meeting that Paris will host on Thursday with the participation of top officials from across the world.