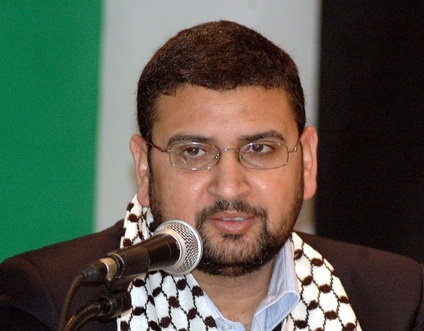 Hamas said Wednesday that the suspension of international flights to and from Israel over security concerns about Gaza rocket fire was a "great victory."

"The success of Hamas in closing Israeli airspace is a great victory for the resistance, and is the crown of Israel's failure," Hamas spokesman Sami Abu Zuhri said in a statement.

A rocket fired from the embattled Palestinian territory hit near Tel Aviv's Ben Gurion airport on Tuesday, prompting U.S. and European airlines to suspend all flights to and from the Jewish state.

The flight ban was still in place on Wednesday, as Israel bombarded Gaza for a 16th straight day in an operation to stop rocket fire and destroy tunnels constructed by Hamas, the main power in the territory.

Since the operation began on July 8, militants have fired 2,120 rockets or mortar rounds at Israel, 1,752 of which have hit the Jewish state, according to the army.