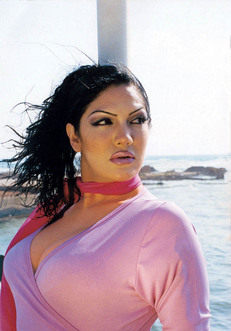 A disfigured Ethiopian nanny on Thursday recounted being beaten and severely burnt while working for Libyan leader Moammar Gadhafi's son Hannibal and his wife.

"There was some problem how to arrange the clothes of the children and for that reason she is suffering all of this," said Dr. Salah Errmih by her bedside in a blacked-out basement room.

Still suffering from badly infected burns covering 40 percent of her body, most visibly to her scalp, face and torso, Mullah told of her long suffering and regular beatings at the hands of Skaff.

"I could not escape, there were a lot of guards," she said, nodding as a doctor recounted her journey from being offered the job by the Libyan embassy in Addis Ababa to suffering at a stylish beach resort near Tripoli.

That journey is not yet finished, doctors said.

Around three months ago she was secretly brought to a hospital by one of those guards, who told doctors to "treat her, and say nothing." But the treatment was stop-gap.

"She has all the complications you can imagine," said another specialist treating her. "She has deep burns, over a large area, that were neglected."

Now Errmih said she just wants to get treatment, go home to Addis Ababa to see her mother, and for justice to be done. "I would like that she is judged under the law," she said.

In 2008, Hannibal and Skaff, then pregnant, were briefly arrested at a Geneva hotel on suspicion of mistreating two of their domestic staff, causing a diplomatic rumpus between Libya and Switzerland.

The Algerian government said Hannibal crossed into Algeria last Saturday along with a brother, sister and their mother, taking refuge from advancing rebel forces.

It is thought Skaff and their two children are with Hannibal.

Are her actions really that shocking? Just take a look at how the Lebanese treat their housekeepers!

Typical Lebanese gold-digger! All that money and power has gone to her peanut-sized / money-loving "brain?"!

Her "war-paint" makeup should be enough to reflect her shallow personality (B**** with a capital "B")...

...And these are the women that are part of the continued propagation of the Lebanese race? .... We're all doomed! I'd rather go extinct!

Something to think about "ladies" ... Get your heads out of the curling irons and hairspray and get yourselves a real heart (not a gold-plated one that's covered in diamonds).

SHAME ON YOU
You are ready to offend a whole nation just for the actions of the few you racist bastard!
domestic abuse is a problem in every country including Europe and America. What happened to this maid is horrible but these were the actions of an individual and not a country.

Maybe it is not fair to general, but it is true that this time of domestic abuse takes place much more often in the middle east (from the research that I know) than in the western areas. No need to insult the guy and call him a racist bastard :) It is also true that a sick majority of our women invest too much time looking after their appearance when they could be spending it... well by thinking more !

I Totally Agree With Mr Minority of One...Gold Digging is a Typical Lebanese trend....Sadly the Lebanese people adore making easy and fast money ....So cheat, steal, bribe, kickback, lie, deceive, Show off, bluff and impress are some of the Tools used by the Smart Lebanese......yes my friends smart Lebanese title is a hoax We stole it from the Swiss, the Singaporean, the Norwegian, …..Other than Gibran, Fairuz, Fatoush, Homos and Tabouleh what did we give the world? We gave the Famous Lebanese Loop…
Easy come easy go....
MrBrain

Perhaps she should strive to follow the golden rule - do unto others as you would like to have done unto you.

Poor nanny - NO ONE regardless of race, religion, sex should be treated in such a fashion. Perhaps she should be made to experience what the nanny did and maybe she'll understand then.

What is so surprising about her treatment. The Arabs are basically cruel to their house keepers, either they rape them since it is permitted in their culture, torture them, or beat the hell out of them for any infraction. One need to red some of the horror story committed by these people in the various news papers where these people came from to work in their country. This is just the tip of the iceberg. So don't be so shocked or be surprised, since is an on going thing is these Arabs countries.

I wonder if Koran permit it, since they always say it is haram to do this or that. I guess, it must be just a lip services

Mr brain you are right exept we didnt really give the world those things. Fairuz is originally syriac from turkey, tabbouli comes from aleppo in syria, hommos comes from the southern palestinian and egyptian borders, fattush origins i dont remember but they werent lebanese either. We are masters at making ourselfs look like the best arabs when in reality in many ways we are a disgrace.