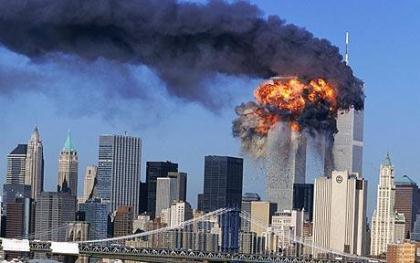 The U.S. State Department on Friday issued a worldwide travel alert ahead of the 10th anniversary of the 9/11 attacks, calling on Americans living and traveling abroad to remain vigilant.

The department said it had not identified any "specific threats" about possible attacks but that al-Qaida and its affiliates had "demonstrated the intent and capability to carry out attacks" against the U.S. and U.S. interests.

"In the past, terrorist organizations have on occasion planned their attacks to coincide with significant dates on the calendar," the State Department said.

Homeland Security Secretary Janet Napolitano said there was "no specific or credible intelligence that al-Qaida or its affiliates are plotting attacks" linked to the anniversary of the worst terror strikes on U.S. soil.

But she added: "We remain at a heightened state of vigilance, and security measures are in place to detect and prevent plots against the United States should they emerge."

American counter-terrorism efforts underwent a thorough overhaul after September 11, 2001, when nearly 3,000 people were killed in New York, Washington and Pennsylvania.

As the country prepares to mark the somber anniversary, "the safety and security of the American public remains our highest priority," Napolitano said in a statement.

"While threats remain, our nation is stronger than it was on 9/11, more prepared to confront evolving threats, and more resilient than ever before."

Some U.S. lawmakers have been outspoken about security gaps that remain.

And members of the 9/11 commission tasked to make sure such an attack never happens again, now reformed as an implementation group, say that while the nation is less vulnerable than before, key recommendations have not been heeded and holes remain in U.S. terror defenses.

U.S. security is expected to be tight on September 11, when President Barack Obama attends ceremonies at the three sites where the terrorists struck: the 'ground zero' site in Manhattan where the World Trade Center stood; the Pentagon outside Washington; and Shanksville, Pennsylvania, where a hijacked United Airlines jet crashed after passengers and crew fought back.

Stands back from the kebyorad in amazement! Thanks!