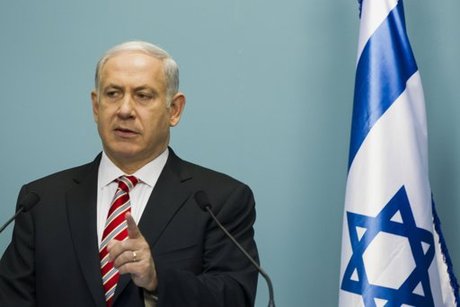 Israeli Prime Minister Benjamin Netanyahu restated that face-to-face talks were the key to peace with the Palestinians, in talks with Germany's foreign minister who wound up a trip to Israel on Tuesday.

"Peace will be achieved only through direct negotiations and not through unilateral moves," Netanyahu told Guido Westerwelle, according to a statement issued by his office after the two met in Jerusalem on Monday.

He was referring to the proposed bid by Palestinians to seek U.N. membership next week.

"The two men discussed the challenges anticipated for later this month," the statement said. It did not give Westerwelle's comments but earlier in his trip he called for "negotiations and not confrontation."

On Tuesday, Westerwelle wound up his two-day flying visit to the Middle East with a helicopter tour of Israel and a military briefing on its security concerns, the German embassy said.

During his talks with Abbas, Westerwelle urged him to tread carefully in his U.N. gambit, warning that it could ultimately harm peace efforts.

"Germany ... supports the aim of a viable Palestinian state as a result of negotiations," a German foreign ministry statement quoted him as saying at their meeting in Amman on Sunday evening.

"Steps that risk to make any progress towards a two-state-solution more difficult should be avoided," he said. "With a view to a possible Palestinian request to the U.N., the decisive question was what would serve the peace process and what would hamper it."

Attempts to negotiate an end to Israel's 44-year occupation and establish an independent Palestinian state in the West Bank and Gaza Strip, with its capital in east Jerusalem, ground to a halt last September after the expiry of a temporary ban on settlement building, which Israel refused to renew.

Abbas has said he would no longer negotiate while settlements continued to grow and the Palestinians decided on the U.N. route as an alternative strategy.

Ankara this month expelled the Israeli ambassador and suspended all military and defense ties with Israel, in retaliation for Israel's refusal to apologize for the incident, in which it said its soldiers acted in self-defense.

Turkey has further said that its naval forces would accompany any future Turkish aid vessel to the Gaza Strip, prompting the Israeli side to describe it as a "grave and serious" threat.

Well Israelis zionists, this is the price to pay when you want everything and you dont want to give anything in exchange, specially that it is welll known now that hezbollah and hamas are the products of your little Iranian-Israeli cold war, nothing more nothing less, and now you expect the world to accept your crimes against the turkish and your veto against a palestinian state that has negotiated for so long with a MODERATE president like Abbas and got no result? you deserve to be ignored and put in the corner alone , you and Iran are the biggest evils of the middle east , i hope you both nuke each other and let us live in peace for the little time we have left

What a hypocritical statement......
After so many years in power with his Yoga Bear the minister of external affairs, he discovered the moon ::: Direct negotiation is the only road to peace.
Why say it now and not apply it before.???
Why Palestine should not apply to be a member of UN, while Israel die that over 60 years ago ???

Stop being an embarrassment to Israel and stop isolating Israel from the rest of the world.