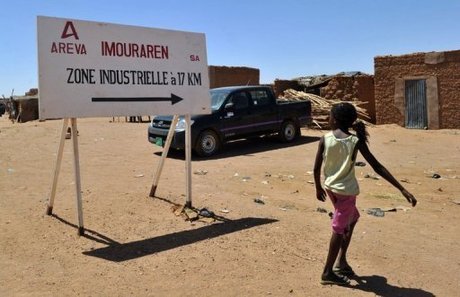 Four Frenchmen held by al-Qaida's North African franchise on Friday marked a year since their capture, with negotiations for their release complicated by the fallout of the Libyan chaos.

On September 16 last year, seven people were snatched by the radical group al-Qaida in the Islamic Maghreb (AQIM) in Arlit, a uranium mining town in northern Niger.

Among them was a senior employee with the French mining group Areva and his wife. The other five, employed by an Areva subcontractor, included three Frenchmen as well as a Togolese and a Malagasy.

On February 24, the woman and the two Africans were released at a desert spot close to where the borders of Niger, Mali and Algeria meet.

However Daniel Larribe, Thierry Dole, Marc Feret and Pierre Legrand are still being held by AQIM and their families are demanding more tangible efforts to secure their release.

Mauritanian President Mohamed Ould Abdel Aziz, whose country is also affected by the activities of the al-Qaida-affiliated group, said earlier this week he thought the hostages were still alive.

"All state agencies have been mobilised since the very first day and are doing everything they can for our compatriots to recover their freedom," the French foreign ministry said Thursday.

"We're in contact with the kidnappers, physically, by phone and through intermediaries," one mediator told AFP recently.

Some sources even predict the hostages could be freed soon.

AQIM does not appear to have modified its demands since it released a video of the hostages "begging" Nicolas Sarkozy to pull his troops out of Afghanistan, something the French president promptly ruled out.

However, France has since announced its intention to withdraw around a quarter of its forces by the end of 2012, a decision believed to have been welcomed by AQIM.

Another of the hostage-takers' demands is the payment of a staggering 90 million euros (125 million dollars), which Paris has also officially rejected.

The situation is fluid in Niger, where two other French nationals were kidnapped in the capital Niamey earlier this year before being executed in Mali.

Areva's expatriate contingent, which had been sent home after last year's kidnapping, however returned to Arlit in July after France and Niger agreed to beef up security.

The new element affecting regional security is the change of regime in Libya, where Western-backed rebels toppled Moammar Gadhafi.