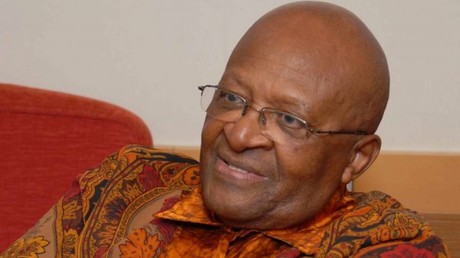 Campaigners demanding a vote on independence for the Catalonia region from Spain said Saturday they had gained the backing of two Nobel Peace Prize winners including Desmond Tutu.

The South African archbishop and the Argentine rights activist Adolfo Perez Esquivel, both Nobel peace laureates, signed a petition calling for Catalans to be allowed "to vote on their political future", campaigners said.

The petition was also signed by the British film director Ken Loach and several international academics, the Catalan National Congress, a major pro-independence lobby, said in a statement.

"We call on the Spanish government and institutions and their Catalan counterparts to work together to allow the citizens of Catalonia to vote on their political future and then negotiate in good faith based on the result," the petition said.

Demands for greater autonomy for the rich northeastern Catalonia region have grown over recent years but the Spanish government is fiercely opposed, vowing to defend the unity of Spain as it emerges from an economic crisis.

The Spanish government launched a fresh judicial challenge on Friday against Catalan leaders' plan to hold a symbolic vote on November 9 to ask Catalans whether they want independence.